Compact 33s are 7 inches in size and resemble the 45 RPM except that the hole is LP size. This LPC series do not have a 45 RPM counterpart and are unique. Some of these titles are difficult to obtain. This compilation of the Double Compact 33 Records is based on eBay auctions, price guides, and many search engines. 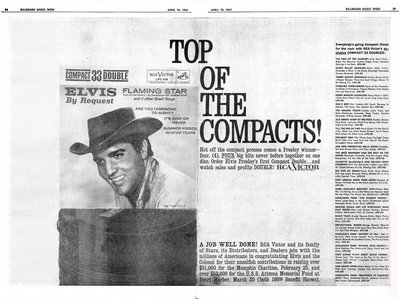 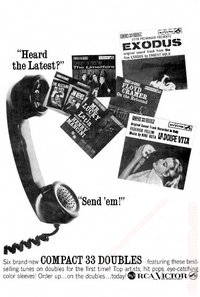 Read more about The Rise and Fall of the Compact 33 Single.