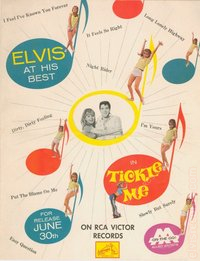 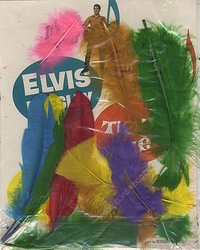 Front: Depicts a black and white picture with Elvis and his co-star from the gatefold through a die-cut hole. Song titles are listed (details below). 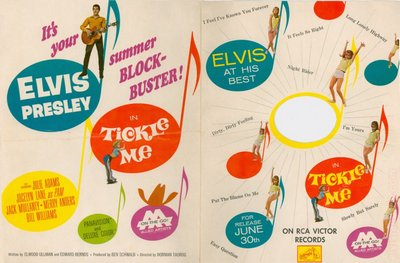 Front/Back: Opened, note the die-cut hole on the front. The back contains even more about the Tickle Me movie. 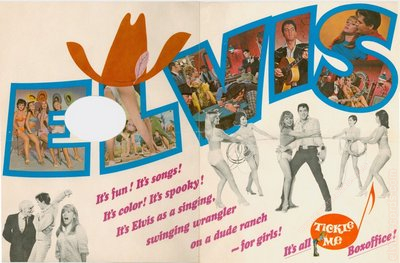 Gatefold: ELVIS with It's Fun! It's songs! It's color! It's spooky! It's Elvis as a singing, swinging wrangler on a dude ranch - for girls! It's all Tickle Me Boxoffice! 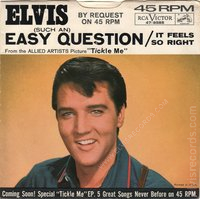 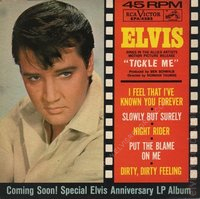 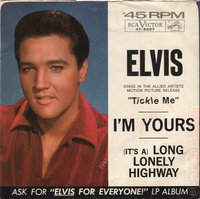