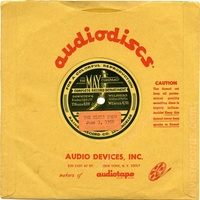 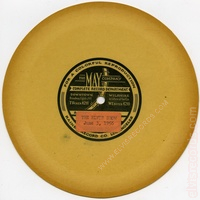 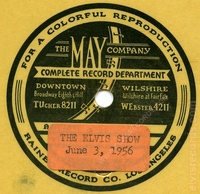 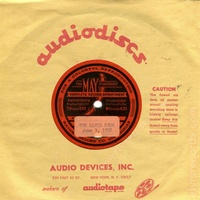 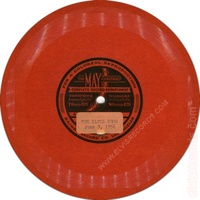 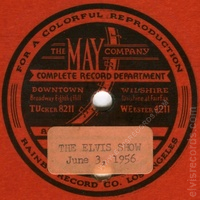 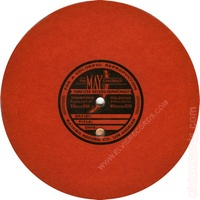 This seven inch disc plays at 33 RPM on one side and is blank on the other. On the side that plays at 33 RPM is a typewritten label that reads THE ELVIS SHOW JUNE 3, 1956.3. This was sent to radio stations to promote the June 3, 1956 Elvis show in Oakland, CA. It has been suggested that several hundred copies were produced, but that number may be too high.3. It can be found in several colors, yellow, brown, orange, [reddish] or brownish colors.5