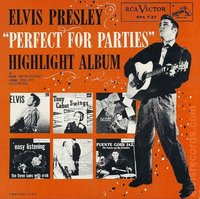 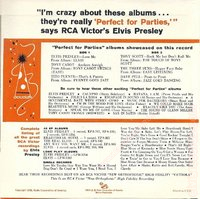 The cover is made of a heavier cardboard than that used for the original pressings. 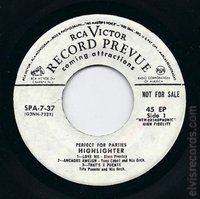 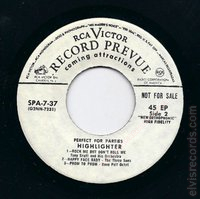 Advertisement Campaign
The two pages below came from a series of magazines called Record Digest back in the late 1970s. The first page is an advertisement for both Elvis Saile sna Perfect for Parties. Now available! Brilliant reproductions of these two ultra-rare EP's ... exactly as they originally appeared! ONLY $9.00 each (please add $1.00 postage). Available through this mail order only and was available through Thomas Salem of The King's Collection. The second page is part of an ongoing checklist of Elvis releases. It is here to demonstrate the date of this release, where some documentation may indicate 1979, this list from 1978 clearly lists Perfect for Parties as November 1978. 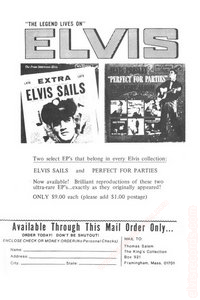 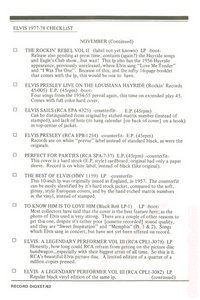