The generic RCA sleeve has a similar look to the common RCA sleeve printed in England. This one differs in that it is printed in the U.S.A. The record needed to be shipped in something, so RCA printed these sleeves for export.2 RCA did ship other RCA exports to England during this time, there are well documented, David Bowie singles and are likely others. The sleeve is likely not unique to this release. It is likely the same sleeve used with other exports of this period, but confirmation is needed. The sleeve is scarce and this catalog number is not complete without it. 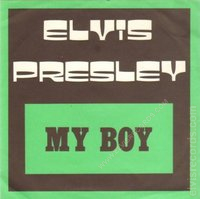 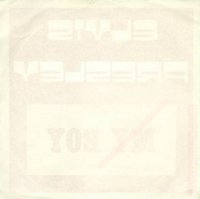 Insert: front and back. No picture sleeve was created for this release.

The insert was done for Customs ID purposes, as well as to identify the contents of the cartons US sent to UK. It is not believed that there is an insert for each record, maybe only one insert per case.2 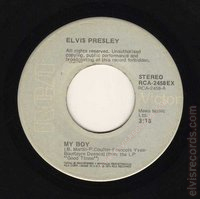 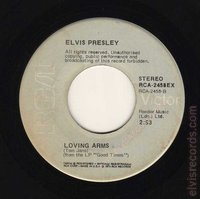 There were many events leading to a severe energy conservation imposed by the UK government which began from December 17, 1973 industrial and commercial users were limited to five days consumption and beginning December 31, 1973 they would be limited to three specified consecutive days each week and prohibited from working longer hours on those days.4 On Janaury 7, 1974, the three-day work week began for industry pushing over 885,000 to register for unemployment benefits.4 On February 9, 1974, a national miner's strike began as a result of the Government refusing to compromise on a 7% pay rise, and the situation lead to a state of emergency and introduction a three day working week.6 An agreement to end the strike was readched on March 6, 1974, On March 7, 1974, the Energy Secretary ordered a return at midnight to a five-day working week but retained restrictions on the use of electricity. The miners return to work on March 11, 1974.4 This disruption in industry is directly attributed to the US manufacturing of this release for distribution in the UK.