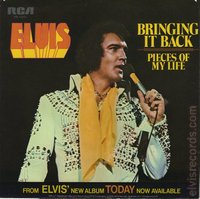 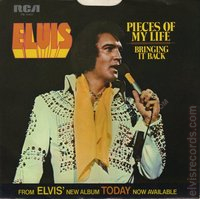 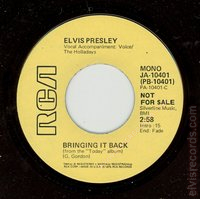 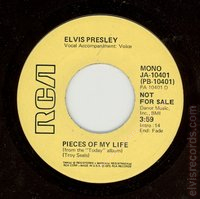 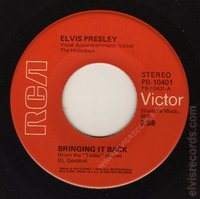 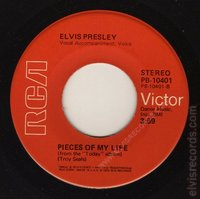 Some collectors contend that this would be Elvis’ final single pressed with the orange label. No copy has ever surfaced, been documented, or confirmed to exist. This would be a Hollywood pressing. It has been documented that while the Indianapolis pressing plant began using tan labels, the Hollywood plant would continue using orange labels until its closing in early 1976. There is an anomaly that shatters this belief, the March 1976 release of Hurt / For the Heart, where a copy is documented on this site with tan labels and pressed at the Hollywood plant. With Bringing It Back peaking at number 65 on the Billboard Hot 100 and Pieces of My Life peaking at number 33 on the Billboard Country chart, the demand for this single was weak and may not have warranted a Hollywood pressing. 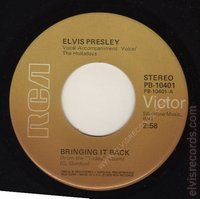 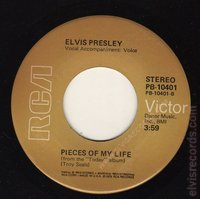