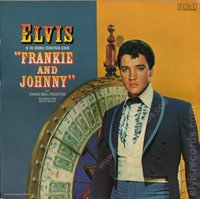 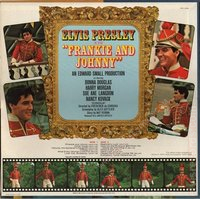 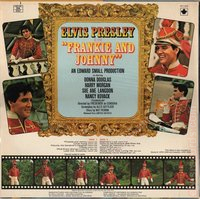 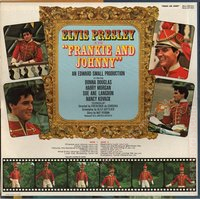 According the guides, just after Elvis' passing, RCA announced the re-release of some of the 1960's movie soundtracks. Among them a re-release of Frankie and Johnny with the APL1-2559 catalog number. Though no known U.S. copies exist, one side of the album slick does. This catalog number does exist in Canada. Judging from the re-released soundtracks in Canada and those of the U.S., this is my interpretation of what if the APL1-2559 existed. The back cover is a mockup between the original LSP-3553 release and the Canadian APL1-2559.