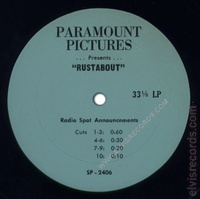 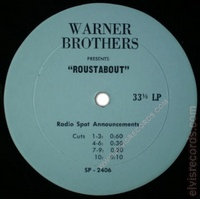 It is possible, even likely that one or more of the above are bootlegs, however, confirmation is still needed.

This is the Paramount Presents " Roustabout" on a 33 1/3 R.P.M. LP that contains ten radio spot announcements promoting the movie Roustabout. It is a one sided disc. A couple of major collectors have confirmed that the PARAMONT PICTURES release is original, the reviews are mixed on the WARNER BROTHERS release. 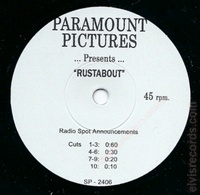 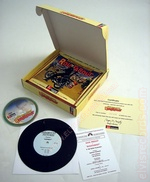 This is an example of the single that was part of the Inside Roustabout box set4 released in 2006 / 2007. According to one site, elvisunique.com, there were only 2000 copies printed. It is still available online. Be careful on this one, it maybe offered or misrepresented as original.