The copyright on the back of the cover reads 1975. Presleyana VII "1 and other price guides dates this release in 1976. However, there are two indicators that this may have been released in late 1977. Two copies of the record have the dates written into the trail-off area, 8/77 and 11/77. Another indicator is a published discography2 from 1976 covering Elvis records through May 1976 and with an introduction dated December 1976 does not list this title. Although these are logical indicators that the album was released in 1977, no concrete evidence has been presented to suggest 1976 is not the correct date. A collector has a specific memory of this release as being 1976 as it coincided with Hurt / For the Heart.3 A copy has 2/76 in the trail-off was found on eBay 4

Down By The Riverside / When The Saints Go Marching In
Petunia, the Gardner's Daughter
Beginner's Luck
Shout It Out 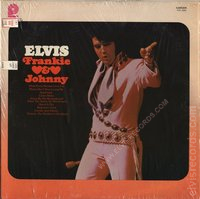 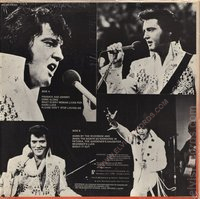 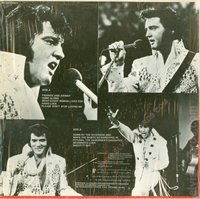 This compilation is reorganized and omits three tracks from the original release: Chesay, Everybody Come Aboard, and Look Out, Broadway. 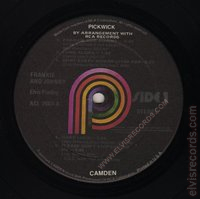 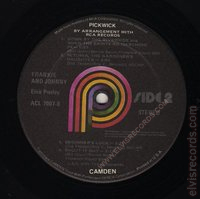 Disc: Black label. Rainbow swirl around center hole. Pickwick on top. No address on top. Warning below the rainbow swirl. 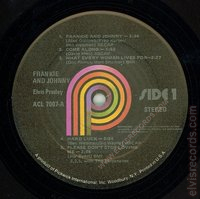 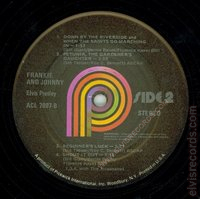 Disc: Black label. Rainbow swirl around center hole. No Pickwick on top or Camden on bottom. Warning below the rainbow swirl.